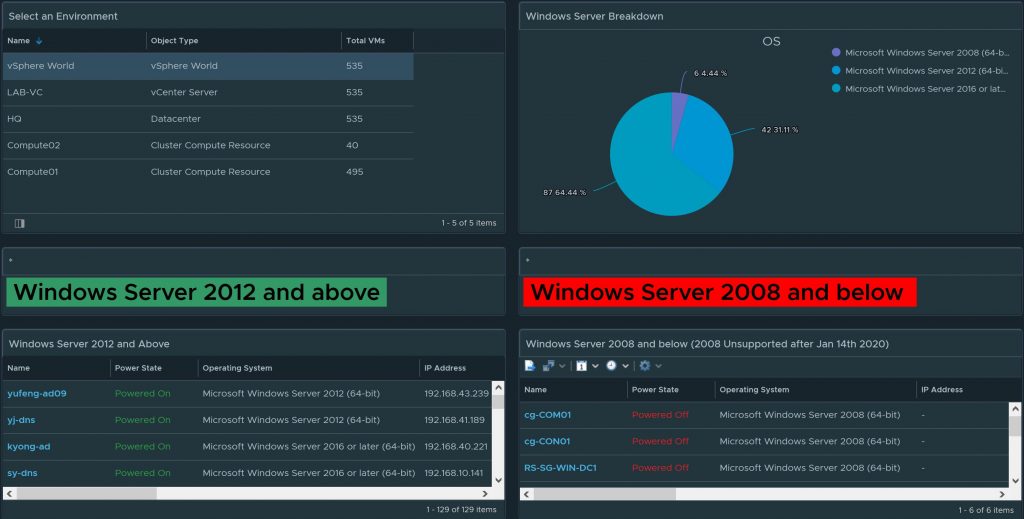 On January 14th 2020 Microsoft will be officially ending its support for Windows 2008 Servers. In this post I will share you an awesome dashboard that will instantly check for how many servers that are running version 2008 and below. Below is a handy user guide. Works for version vROPS 7.0 and above.

Select your Environment (Cluster, vCenter, Datacenter) or select vSphere World for everything

Instantly identify which Windows Servers are 2008 and below and which are above. As you can see in this example we have 129 Window Servers that are version 2012 and above and six 2008 Servers. 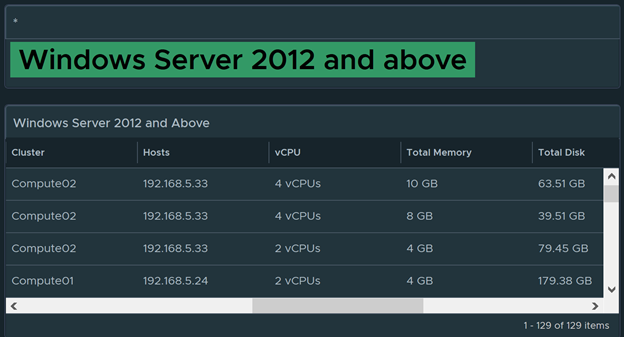 Instantly export it to excel as needed 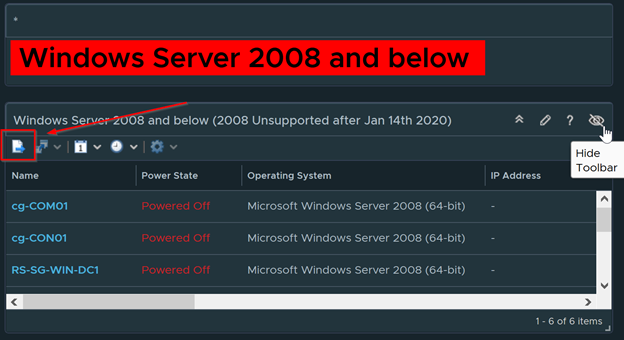 Note: Once you finish upgrading the Windows Server 2008 VM. While it is still Powered Off go to Edit Settings > VM Options > General Options and change the the Guess OS Version to the same version you just upgraded to.  For example: Windows Server 2016. This will update the VM and also update the dashboard as well

To import in version 7.0 and above